The Last Scene in The Last of the Mohicans

The Last of the Mohicans (1992) was directed and co-written by Michael Mann and based on James Fenimore Cooper’s classic novel. The book appeared in 1826, sixty-nine years after the events of the French and Indian War it describes. The 1992 version is actually a ‘remake’ of a 1936 version, directed by George B. Seitz and stars Randolph Scott, Binnie Barnes and Henry Wilcoxon.

The 1992-script was written by Micheal 0Mann and Christopher Crowe and is based in part on Philip Dunne’s 1936 screenplay as well as the stodgy old tome by James Fenimore Cooper. The film is a stirring, beautiful film encompassing an old-time splendor in storytelling boasting grand principles of heroism and character and loads of thunderous action.

It is 1757, and the British and French are waging war for the colony, with native American tribes making allegiances on either side. Hawkeye is a white man adopted by the last members of a dying tribe called the Mohicans unwittingly becomes the protector of the two daughters of a British colonel, who have been targeted by Magua, a sadistic and vengeful Huron warrior who has dedicated his life to destroying the girls’ father for past injustice.

Day-Lewis had won an Oscar a couple of years earlier for My Left Foot and his immersion method acting was still something of a novelty in 1992. To prepare for the role of Hawkeye he learned to live hand-to-mouth in the forest, skinning animals and building canoes.

Reclusive and pathologically self-contained, Day-Lewis was never going to be an easy catch for a good old-fashioned yarn featuring much in the way of running around North Carolina’s forests in moccasins, Perhaps, Day-Lewis recognised in the obsessive director a soul akin to his own and in a kind of double-top Method fest both director and star camped out in the Alabama wilderness, cutting firewood with authentic tomahawks, learning to survive native-style while sleeping under the stars.

Madeleine Stowe works quite well as the daughter of the English general who falls in love with Day-Lewis’s character and Jodhi May is mesmerizing as Stowe’s younger sister. For all the operatic tragedy, there is no trace of melodrama to be found in the performances.

Matching Daniel-Day Lewis sinew for sinew is Wes Studi as the bloodcurdlingly vengeful villain Magua, who vows to rip the heart out of an old adversary. He meets his match in Cora’s teenage sister in one of the film’s most extraordinary scenes.

That ending scene is the best one in the whole movie – gripping to its clifftop showdown. We first see Eric Schweig as Uncas who is stoically realizing Magua outmatches him and he will fail to rescue Alice, but he must stand and fight regardless. Then follows a chase by which Jodhi May’s Alice, steadfast in her belief that her life has ended, moves to the cliffside, numbed by grief, and quietly makes the decision to leap to her death. May’s restrained performance at that moment is commensurate with the straightforward visual tone throughout the entire sequence. The violence, while brutal, is regarded with certain frankness. Neither gratuitously romantic nor dramatically grotesque, it just is.

The Last of the Mohicans earned overwhelming critical acclaim upon its release and did very well at the box office, giving director Mann his first commercial hit which would be followed by 1995’s Heat. Daniel Day-Lewis, of course, was also given much praise for his dedicated method-acting as was the breathtaking cinematography by Dante Spinotti and the score co-composed by Trevor Jones and Randy Edelman.

The soundtrack features music by Trevor Jones and Randy Edelman, and the song “I Will Find You” by Clannad. The main theme of the film is taken from the tune “The Gael” by Scottish singer-songwriter Dougie MacLean. The soundtrack was Mann’s slightly surprising but great decision to use Gaelic pulsating rhythms in the film’s now instantly recognizable score that alludes to the true blood heritage of Daniel Day-Lewis’s Hawkeye, the “adopted white son” of a Mohican chief. 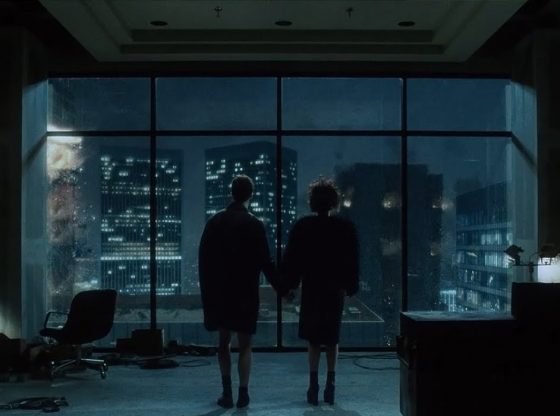 The ‘Where Is My Mind’ Ending Scene in Fight Club